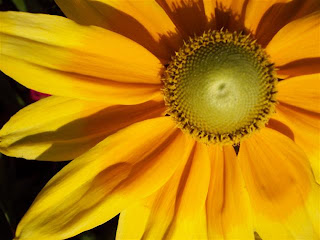 I am officially on vacation. I suppose I have technically been on vacation since my shift at The Store ended on Wednesday. And what a great shift it was too. There was drama, tears, screaming, things flying through the air, a bout of profanity that made even me blush and that was in the last ten minutes. And didn't involve me. No, it involved a breakdown our store manager was having. A very loud, vocal and property damaging breakdown.

But we do not judge.

I just kept my head down, finished the impossible window displays that had unfairly been assigned to me (I empty boxes and fold jeans...I don't do window displays. What do you think I am? Some sort of creative type?) and got the hell out of there just as soon as I could. The AssMan, by the way, thought the windows looked great which made me feel good right up until the moment where the cold, clammy realization settled upon me that that meant they'd make me do them again. But as the store manager was busy screaming "Fuck all y'all!" while throwing water bottles, I decided it would not be a good time to tell her that if they made me do the windows again, I'd quit. So I just left.

Ah, vacation. How I love thee.

This time out, we are bound for Acadia National Park for a week of hiking, biking, kayaking and sitting on the beach (you know, because there’s nowhere to do any of those things here in the Mount Washington Valley). This is all weather permitting, of course, as the current forecast seems to involve the word "thunderstorm" an awful lot. This is going to be our last foray out Bar Harbor way for a while as we're cutting back on our travel in order to save more aggressively for the Holy Grail of home improvement projects, the garage renovation. I've decided to build a three car, four story structure that will block out the sun entirely. All right, so I haven't decided to do that at all. Just thought it was funny.

View of the Atlantic Ocean from Pementic Mountain

Anyway, so I'm trying to pack as much into this trip as I can. I have a goal to someday complete all the hikes on Mount Desert Island and I've made pretty decent headway thus far in our previous trips. But I still want to accomplish more so I have designed an ambitious hike that will cover approximate 8 miles and lead us to the summits of six peaks (Norumbega, Bald Peak, Gilmore Peak, Parkman Mountain, Sargent Mountain and Penobscot Mountain). Granted, none of the mountains on Mount Desert Island are all that tall (Cadillac's the tallest at 1530 feet) when compared to the rocky mountains or even the Presidential range here in New Hampshire, so saying I'm going to summit six peaks sounds a lot more impressive than maybe it actually is. Still, it's a very challenging terrain. I may not have mentioned that last part to Joe. Better for him to discover it for himself while we're actually on the trail when it's too late for him to do anything about it, right?

I'd also like to hike Cadillac again, taking the south ridge trail up and the west ridge trail down. Joe made a joke that we should take the shuttle back down. This is a reference to the first time we hiked Cadillac on the freaking hottest day of the week (of course, I think all the days were hot that week) and met a couple who were woefully unprepared for a hike in that heat and wanted to take the Island Explorer shuttle back down the mountain. Problem was, the Island Explorer shuttle doesn't go to the top of Cadillac Mountain so, chances were, it wouldn't go back down the mountain. The couple was further dismayed to find out that Joe and I had an even more challenging route planned for our descent and left us so they could find some nice motorists to give them a ride back to the bottom.

Other possible plans include kayaking in Sommes Sound (sometimes called the only fjord on the east coast) and rock climbing on the Otter Cliffs. I've brought up the rock climbing with Joe a couple of times at which point he gives me his more withering look and asks if I am crazy. Which, of course, I am so I'm not exactly sure what that has to do with anything... Joe isn't wild about heights and is even less wild about the prospect of hanging off a cliff that is literally right on the edge of the Atlantic.

So I don't know exactly what we'll end up doing but whatever it is, it'll be awesome because we always have a great time in Acadia. And it just so happens that this vacation just so happens to coincide with the big annual town book sale they hold every year in the village green and library.

View of Sand Beach from the Beehive Trail

Isn't that just a happy coincidence? Really, I don't know how these things come together because I certainly didn't contact the tourism bureau to ask which weekend they'd be holding the even so I could carefully plan the trip around it.

What? I didn't. It just happened to work out that way.

At least that's the story you should tell Joe should he ask. Which he won't. He is resigned to his fate.

Anyway, I don't know what my blogging capabilities will be while on the island so this may be my last entry for a while. I guess I could always attempt to blog with my new smarter than me phone but then I run the risk of getting frustrated with the damn thing and pitching it into Frenchman's Bay, so maybe I won't do that.

See you on the flip side...