In Which I Screw Up (Must Be Monday) 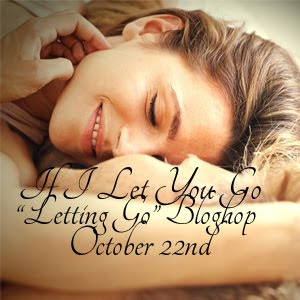 So, here's the thing... today I was scheduled to participate in Kyra Lennon's Letting Go bloghop but last night when I sat down to pre-write this post, I completely spaced on it. I feel horrible because I don't have time to go back and write a new post so I apologize to Kyra and to any of you who stop by here because my name's on the participant list. Kyra's new novella, If I Let You Go, is now available for download so be sure to check it out. It's getting some great reviews!

Last week, I participated in The Nineties Blogfest.  This week, I find myself needing to revisiting this topic because there were things I had forgotten.  This always happens to me when I make these types of lists.  I look at the lists that others have made and end up doing one of those mental head slap things because how could I possibly have forgotten about X, Y and Z?

So today's post is devoted to some of those things I forgot to mention the first time around.

The Hunt For Red October

This Jack Ryan adventure starring Alec Baldwin and Sean Connery (as the only Russian submarine captain with a Scottish accent) was hugely popular in our household growing up.  I don't know why it clicked with us so damn much but it did.  It was at the point where we could recite the entire movie from beginning to end.  The most popular lines were:

"Some things in here don't react well to bullets."
"The hard part about playing chicken is knowing when to flinch."
"Next time, Jack, write a goddamn memo."

I wrote about this cartoon during the A to Z Challenge this past April but I still feel remiss that I didn't mention it again as it was truly a premiere cartoon of the 90's.  The Warner Brothers and the Warner Sister, Pinky and the Brain, Slappy the Squirrel (my personal idol) and more.  Plus there were nifty quotes like...

"All we know is that we like you. We have no taste, but we like you."
"And the moral of today's story is: If you can't say something nice, you're probably at the Ice Capades."

Brain: Pinky, are you pondering that I'm pondering?
Pinky:  I think so, Brain, but where are we going to find a duck and a garden hose at this time of night?

Album: Blood Sugar Sex Magik, specifically the tracks "Breaking the Girl" and "Under the Bridge"

The first time I heard "Under the Bridge", I was wasting away in geometry class and someone outside in the parking lot was playing this song.  I liked it so much, I tracked it down and bought the cassette single.  Yep, that's how old I am.  I bought a cassette single.

And "Breaking The Girl" is just a damn cool song:


I didn't get to watch The Simpsons much when they first came out because my mother wasn't a fan of Bart Simpson.  But I happen to see The Treehouse of Terror episode from their second season.  This was the one that contained their version of Edgar Allen Poe's "The Raven".  I made a habit of showing this episode in my classroom whenever we read this particular poem.  It made me very popular with my students.  For about twenty minutes. I included a clip of it below. The quality isn't fantastic, but it's still fun...


So that's gonna do it for me today.  I'm off for another action packed shift at The Store.  Catch you all tomorrow...