So Much Blogging, So Little Time... 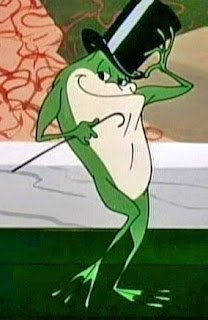 Well, hello there and good morning to each and every one of you. I'm saying morning because it's approximately 1:15am here in the Mount Washington Valley and I am embarking on another all nighter. I have high hopes tonight. I think probably because I had a pretty decent day, all things considered. But before I get to work on Second Nature, I wanted to write a blog and because I've had not only a pretty decent day, but a pretty decent everything of late, there's a lot about which to blog.

So, first, I guess, is the admission that I went to see The Twilight Saga: Eclipse this weekend. And here's the shocker: I didn't hate it. When the commercials all claim that it's the best one yet, they're not lying. Of course, the first two movies were really, really terrible so it wouldn't have taken much for Eclipse to surpass them all but yeah, it did. Sure, there were some groan inducing, eye rolling moments that would have inspired me to throw popcorn at the screen had I not eaten all the popcorn (I, for some reason, really love movie theater popcorn) before the trailers had finished running. There was some really pathetic writing and even more pathetic line delivery. The flashback scenes were slightly giggle inducing but despite all that, there was some stuff that didn't suck. Like Bella's dad, Charlie Swan. He was pretty awesome. I also liked the big battle scene where the Cullen family and the werewolves took on the newborn vamps in a fight to the death. This is the first movie where the special effects didn't look as though they'd been done on a Mac Book Pro by some inept eleven year old.

Of course, all this could have been influenced by the fact that one of the trailers shown before the movie was for Harry Potter and the Deathly Hallows. Have I mentioned how much I want to already be in line to see this movie even though it doesn't open until November? Because I do.

Puck, B.A. Baracus and Stripe waiting to be fed

In other home life, I am completely obsessed with my trio of baby robins (see above). Okay, so technically, they're not mine. They belong to the rather vigilant parents always hovering nearby, but still. They're living in my plant so I like to think I have some role in their lives. What it comes down to is that these three are really the worst thing to happen to my word count since...well, since I discovered you can download classic Nintendo games onto your new shiny Nintendo Wii. Adventures of Link, I will defeat you. Or, I will be distracted by the adorable awkwardness of the Trio (the TRIO! Why didn't I name the babies after the TRIO!!! WHY DIDN'T I THINK OF THAT?!?!?!? I am very ashamed of myself. Anyone out there know why I am currently pitching a fit over this? If you do (and your answer is NOT "because you're kind of crazy"), you will be awarded massive amounts of bonus points.) and completely forget I spent all that money (all right, not that much money) downloading you.

Speaking of word count- well, all right, so we were speaking of Nintendo games I have failed to win in the last- what now?- fifteen years of my life and my obsession (there's that word again) with pop culture references that always seem to stem from the same two places. The point is I intended to speak of word count and will hereby do so now.

My current WIP word count is 150,015. I am ahead, way ahead, of the goal I set for myself back in January (the one that said I'd hit 200,000 words by Halloween). The problem is there seems to be a lot of story yet to be told. Probably more than 50,000 words worth. This means I may simultaneously reach and fail to reach my goal. I'll hit 200,000 words. I feel good about that. But I'm not sure I'll finish writing the book. At least not by Halloween.

What do you mean you won't be finished? ARRG!

This matters only because I had planned to finish with Second Nature just before I embark on another NaNoWriMo quest (for which I already have a kick ass story idea. I seriously can't wait to get started on it), let Second Nature sit while I write the NaNoWriMo story and then take a fresh look at it in December. Stephen King recommends doing that with a finished manuscript in his book On Writing. I find it to be very good advice. You have fresh eyes with which to look at it and can more easily see the areas that need fixing.

So you might be reading the previous paragraph and wondering what I'm so damn happy about. Well, I'll tell you (can anyone Name That Reference? I won't hold it against you if you can't because it's trés obscure)...

A while back, I blogged about how I had misplaced a main character. He'd gone on a walkabout of sorts and I sort of...lost him. For the life of me, I couldn't figure out where he had gone. I know, weird right? I'm supposed to be in control of these people who only exist in the confines of my mind but the truth remains that there are times when I am not. However, this acknowledged, I can now announce that the prodigal character has returned to the fold. We can call off the search parties because he's back.

Of course I still don't exactly know how to go about writing his story arc. It involves a road to redemption and a long walk upon it, but I am striving to avoid major clichés here. So far, me striving to avoid major clichés looks an awful lot like me staring at the ceiling, studying water stains and calculating how many coats of paint it would take to cover said water stains. I'm thinking three. Maybe four. Five at the most.

Maybe I'll go download some music off the internet instead.

I mean, maybe I'll stop blogging and get this all nighter started.

Remind me again why I don't drink coffee...